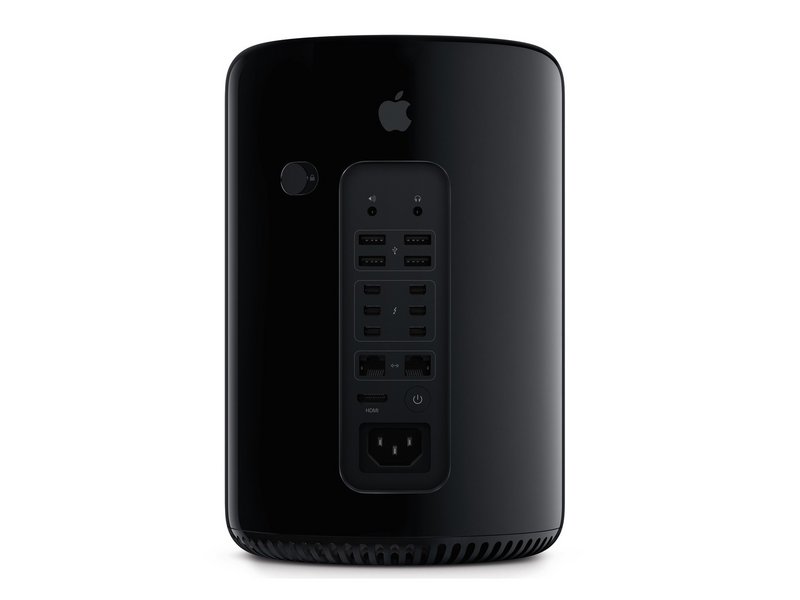 The 2013 revamp of the desktop Mac series known as the Mac Pro.

The video revealed an overhauled case design, a polished black aluminum cylinder built around a central thermal dissipation core and vented by a single fan, which pulls air from under the case, through the core, and out the top of the case. The model is assembled in Austin, Texas.