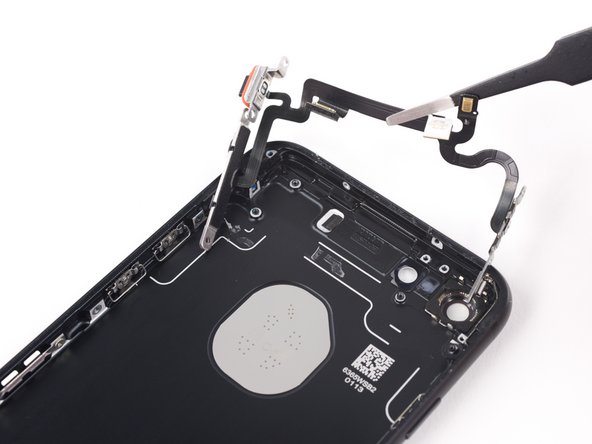 Use this guide to replace a malfunctioning power and volume button cable—this includes the switches responsible for volume up and down, the ring/silent control and the power switch, as well as a microphone and the dual-LED flash. Follow this guide if you are looking to replace the exterior power button cover and this guide for the exterior volume control button cover.

how can I disassemble and assemble the mute button from the flex cable. because most spare part cables are without mute button…

the mute button can slide out. there is space on the side that is not marked red. it looks like three clips hold it in but simply grab hold of the button nob thing with tweezers and slide or wedge it out from underneath that bar that goes around the side with the red line and then once it’s out you can slip that button into the new flex

Well theres 2 hours of my life I’m not getting back, worked a treat though…

hahaha aqint that the truth LOL

After reinstalling the volume and power buttons and brackets & clips, my power button won’t turn phone off/on; my volume control seems possessed and does what it wants, lol. Help!