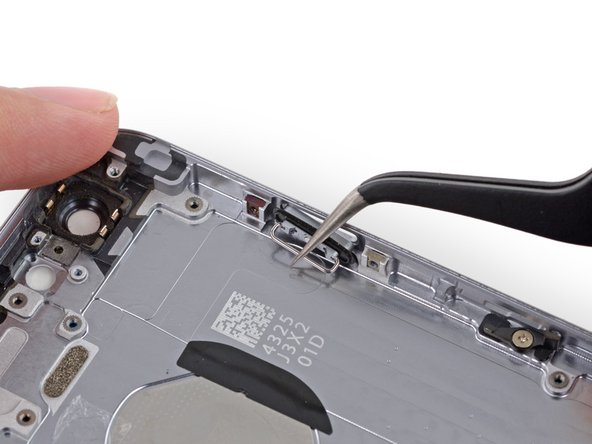 You can also use this guide to replace the upper cable bracket.

The only way it works is if i leave the power button screws slightly loose which is a pain becasue the button loosens itself anyone had anything similar or is it the way its been installed ?? All other buttons work correctly mute switch and volume buttons

My power button is a little bit loose. There's still clicking sound but not same as the other normal button,the button also seems 'into' or 'concave ' compare to normal button.while the power button with long shape also seems just have a clicking sound when I press the middle part of button but not the upper and lower part of button.when I press the upper and lower part,it is soft and without clicking sound and springing feel. I used to replace the flex cable, but it still loose,is it the matter of the quality for the flex cable or the improperly attach of rubber gasket or the scuffed of little metal tip of the power button? Please reply me.

Hi, after e I've assembled the iPhone power button is ok .... the flash does not work and the rear camera does not take more photos...i can see word the rear camera and i can record a video but no photo. How can i fix it?

Great job on this guide. What could have been a pain in the butt has been an easy fix/replacement thanks to this guide. Thank you for taking the time to do this. Just plain awesome.