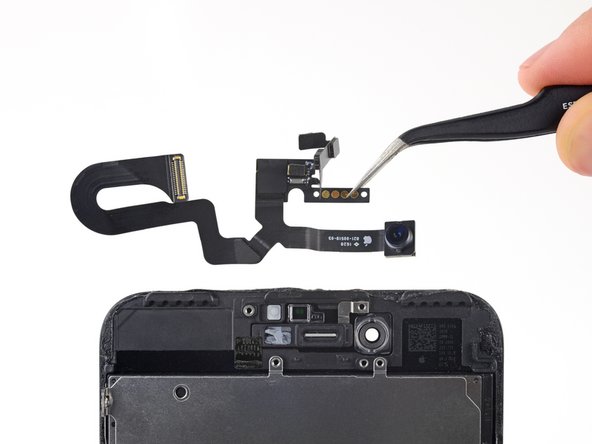 Use this guide to replace a faulty front camera on your iPhone 7 Plus. This camera is part of a larger assembly containing a microphone and proximity/ambient light sensors, all of which is replaced as a single unit.

Do I have to do this if i buy a new phone screen or do they usually come with one?

If this Speaker is Not Working or it has any Noise Issues, Apple will Replace whole Front Display Section. Under their Policy, they won’t repair it. Neither Fully Replace your iPhone, only Front Panel Replacement.

Does 7 and 7plus has the same camera/sensor strip?

No, it’s a bit different.

The spacing between the metal dots for the earspeaker isn’t there on the 7+ model, but is on the 7.

Anybody got a solution to earpiece not working after ribbon swap?

Seems to be mega common with this repair. I’ve heard a few ideas but nothing concrete. More advice about this issue would be greatly appreciated by me and a bunch of people.