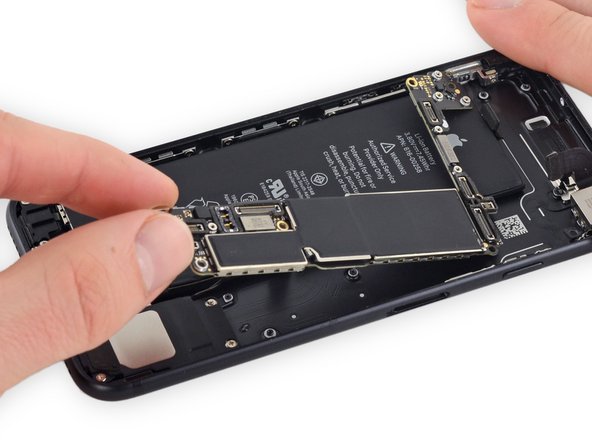 Use this guide to remove or replace a faulty logic board in your iPhone 7.

I had an accident where my iphone has got some damage (cracked screen, metal frame slightly bent).. I can see a lot of iCloud locked devices for sale, some of them for a cheap price. Would replacing the logic board and home button give me a non-damaged working phone? Or what parts would need to be moved for this? Sure I can buy a brand new phone but I like a bit of a challenge :)

the logic board holds the OS, so yes if you were to replace the mother board of the iPhone it should work like a new phone but without touch id

You think it will work?

I’ve got a problem with my iphone7. I just took some videos under the water using my iphone. But later it’s finger id has gone and it’s fully damaged. Now the phone is not working. Is there any option to repair this ….?

Hi Muhammed, sounds like some water got inside your phone. Check out our iPhone liquid damage guide for some basic troubleshooting you can do on your own. When you have the phone open check connectors and pins on the board for any corrosion. If the damage is serious enough that cleaning won’t fix it, you can take your phone to a local repair shop for more extensive repairs.