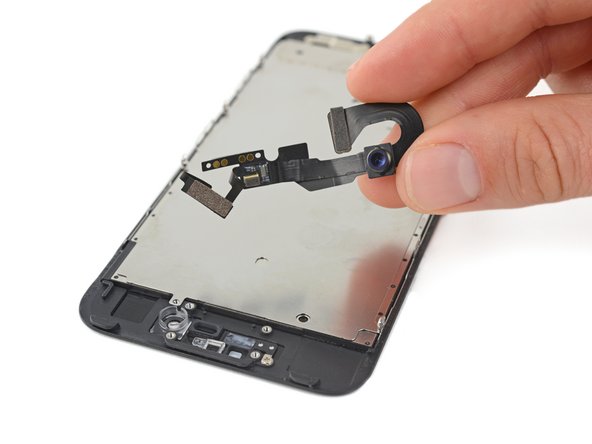 Question ..... I have a clear square plastic piece (open in the center) with a tab on one side. What is that for?

Holds the lens in place.

No that is for the ambient light sensor. LCD replacements come with it already installed on em’, so you can toss it if you see it on the replacement already. The larger, circular plastic piece is for the lens.

Does the iPhone 7 plus Front Camera and Sensor Cable Replacement has to do anything with the earpieces speaker? i have replace my iphone 7 plus screen and front camera and sensor cable replacement and speaker and it still doesn’t work. what could really be wrong with my iphone 7 plus?

Awesome tutorial, thank you! I couldn’t have replaced my camera without this! Well I could have but not the right way!!