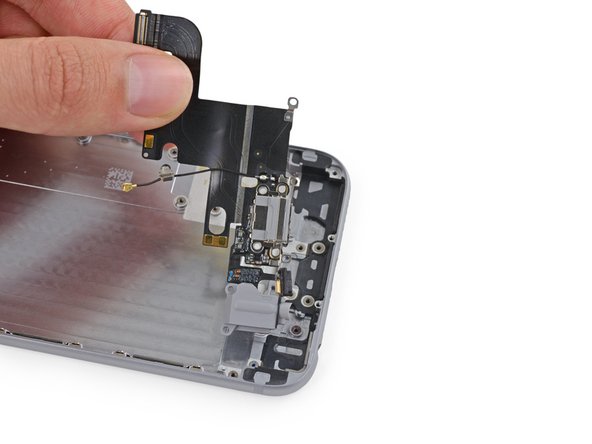 Use this guide to strip and replace the rear case of your iPhone 6.

My first time inside an iPhone. I slipped on some icy steps and bent my phone. Luckily it bent on the battery side and still worked except for the 'down' volume button. That wouldn't move because the housing was so deformed. Took my time and followed the guide carefully, it was absolutely fine. Took an hour and three quarters.

My issue is the glue on the battery! i destroyed my first battery saying to remove has anyone got any advice on this? thanks

I failed with both battery pull tabs, but I successfully used a microwaveable wheat bag in place of the iOpener, then carefully slid a store loyalty card under the battery. It took a bit of doing but I just took my time. The back of the battery was a bit bubbled but it still works fine.

I successfully replaced my rear case but upon completion I've noticed my power and volume buttons are no longer clicky in fact they've lost all springiness. I feel like they are constantly touching the button contacts and have yet to turn the phone back on anyone have any ideas as to how to fix this?

In the middle of the volume buttons itself, on the inside is a round plate glued, you have to replace this on the new volume buttons