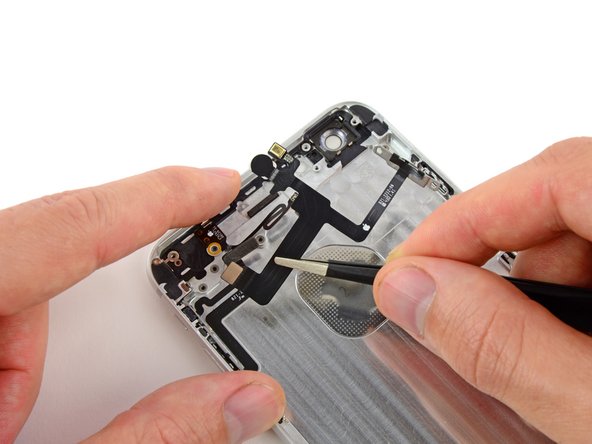 Use this guide to replace the power button cable.

I just did this while thing and my lock button still doesn’t work… any other suggestions?

Just finished the replacement. Went fine except the replacement part was just a bit different (from iFixit). The power button replacement cable was about 1-2mm shorter than the original so it was tough trying to make it work. I took photos, but not sure where I can upload them.

Step 53: “raise—but do not remove—the logic board” did not mention that there was adhesive towards the top holding the board to the inner case. I had to use a thin plastic card to slide between to release the bond.

I did it with minor problems :

1 Quite difficult to stick the power button cable. On the left it must be just in front of the connector. On the right, at the exact place. Idem on the top for the light. And it is very sticky.

2 After doing the all work, half of the screen didn’t respond to the orders. But after cleaning it’s 4 connectors. Everything was OK.