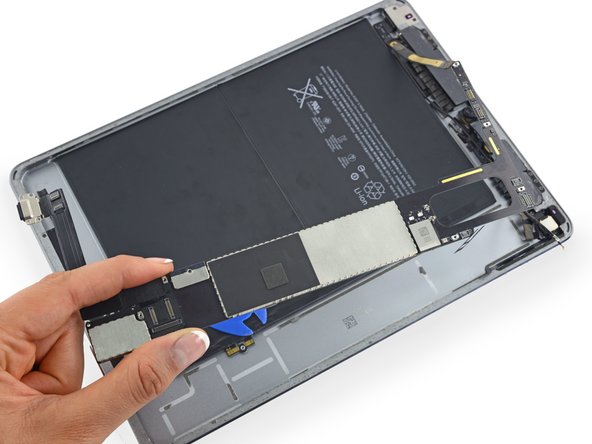 Use this guide to replace the logic board in an iPad Air 2 Wi-Fi. Note that replacing your logic board will result in a loss of all data and Touch ID functionality.

If the logic board needs to be replaced, does that contain all the memory of the iPad? By installing a new logic board, do you basically start with a clean slate?

yes, effectively like swapping out the desktop but keeping screen, keyboard and outer box. the Memory is build into this

Is there a Logic board with LTE for iPad Air 2? Can't find some in your store.

If not, is it possible to replace the logic board from an ipad with cellular with a logic board with only wifi? So after this I would have a iPad without cellular, but at least a working one.

Are 16GB, 64GB, and 128GB logic boards interchangeable or do I need to match what was previously in the ipad? Also, if I leave the existing home button in there I will only lose fingerprint recognition, correct?