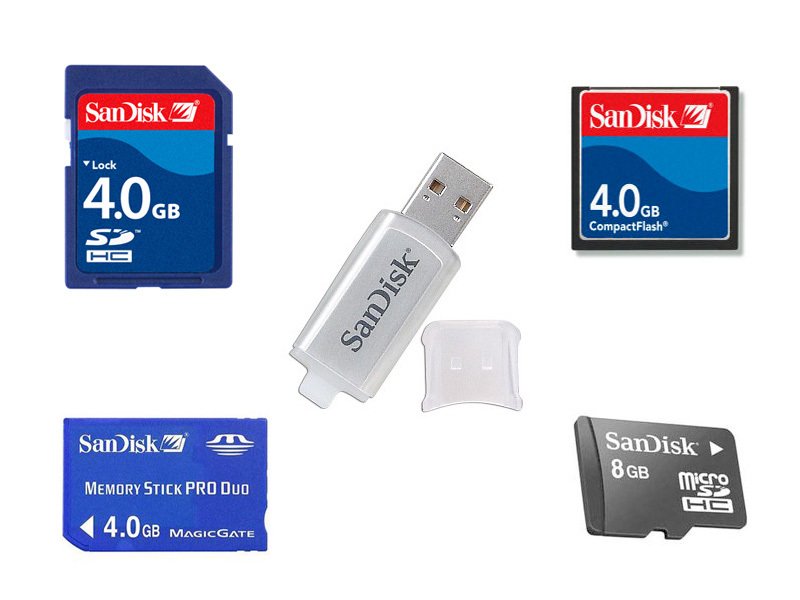 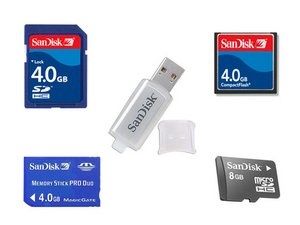 Flash memory is a digital storage technology invented by Toshiba in 1980. Toshiba based the invention on the EEPROM, an older and slower type of erasable memory used first in the 1970s. Flash memory is made from millions or billions of transistors that each store a small amount of data. Flash memory has several advantages over disk storage; flash drives don’t require power to function and have no moving parts, meaning that corruption is less likely to happen when a device with flash storage is dropped or jostled.

Early applications for flash memory included the CompactFlash card in 1994, the MultiMediaCard in 1997, and the Memory Stick in 1998. These cards were often used for removable storage in cameras, mp3 players, and smartphones.

In 1999, a joint consortium of companies introduced the Secure Digital standard, better known as “SD.” Fun fact: SD originally stood for Super Density disc, an alternative to the DVD. Toshiba repurposed the existing Super Density disc logo for SD cards, which is why the “D” in the logo looks like a spinning disc. Later revisions to the card allowed for higher speed transfer and greater storage. The microSD card is a smaller version of the SD card with the same features.

Flash memory is also the backbone technology for USB flash drives. These removable devices attach to your computer via a USB port and can store large amounts of data that you can share between multiple computers. The transfer speed of the flash drive largely depends on the USB version that it supports.