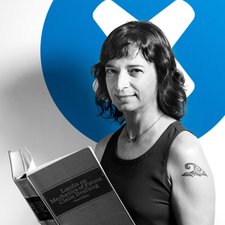 Left side of screen displays on right side and vice versa

@cynthiareplogle - OK so you got the DG system (Macmini5,2) which has had issues with the AMD Radeon HD 6630M GPU. Haven’t seen your condition but at this point your testing points to the logic board.

Lets try one test here to see if not loading the AMD driver the display corrects its self. If it does then you could run your system just using the Intel graphics engine (IG), but it won’t be as good as the AMD GPU (DG).

Otherwise it’s time for a new logic board.

Thanks. I tried starting up the computer, and restarting in safe mode, but now have another problem: I can't get past a blank white screen. Sometimes I see the Apple logo and a loading bar that doesn't complete before it goes all white. Sounds like a similar issue to this https://discussions.apple.com/thread/858... and I've tried several of the same approaches to no avail. Thoughts?

@cynthia replogle - Sorry its the end of the line you need a new logic board ;-{

@danj Bummer! Thanks for your help though.

@danj Can you advise how to wipe the drive when it's in this condition? I have someone interested in fixing it and would like to give it to them without all my files.

@cynthiareplogle - Don't have any magic for that other than removing the drive and if you have another drive which is formatted with macOS on it put it in so he has something working (minus your stuff) then when you get the system back swap it back in so you're back to square one!