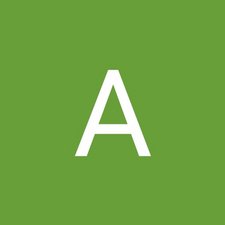 Starting facing screen flickering as well as image persistence within a month. I use Windows in bootcamp and could see the issue even before booting into an OS. It seems to come frequently and gets better over next 2 days. Then appears in all of its seriousness again.

The issue is captured here: https://www.youtube.com/watch?v=iJZ_aniv...

Went to Apple store they made me wait for 3 months (for the replacement screen) and changed the display. A day later, same issue:

Now they suggested a logic board replacement, and another wait of 2 weeks for repair.

I am doubtful because they dont seem to know what is wrong with the computer. Raised with the customer relations team because its unfair to have a display like this for the past 3 months with no respite in sight.

Can anyone help suggest what this issue might be? Definitely not the cable as they already replaced the screen.

Also, no liquid damage as I am quite careful with my machines. Also NVRAM and SMC reset done multiple times.

I have even tried using the Intel graphic card instead of the AMD GPU- the issue persists in both windows and Mac.

Did you goto a real Apple Store? Or, did you go to an authorized service center?

I doubt they replaced the display assembly in the first place. If they had properly tested the system they would have noticed the issue and not return it to you.

Best to backup your system, take note of the systems S/N’s both the case and the logic board (goto About this Mac for that).

With your paperwork in your hands speak with the Apple Store service manager and demand a replacement system. Be polite but firm. If you get a no, ask to speak to the next higher up person until you get a yes.

Thanks for your answer @danj , I did go to the apple owned and operated store at Dubai Mall.

Its possible that they didnt replace the screen, but its my luck that while collecting the device the issue was not there. The moment I turned it on the next morning- it was back!

I spoke to the service manager and he said all he could do was change the logic board, and I need to leave my machine for a week to 10 days- this when I feel the issue might not get fixed with that either!

I have escalated the issue and someone from apple customer service team in Ireland is in touch with me, but she too has outright refused to replace the machine, or even give me a loaner for the time period of the repair. I have still made my expectation clear and have not heard from her since.

My hope here is that someone guides me on what this problem maybe related to? or on how to take up with apple because this genuinely is quite harrowing.

@ankitchawla - If you open the system you will void your warranty and there really isn't anything you can do other than replace your display assembly.

Sadly, you'll need work within their system, as far as it takes you. Persevere! Keep the dialog with the Irish support center going them blow by blow updates and how your business is being effected monetarily if you can. If when you get the system back this next time and it still fails you'll then have a strong argument then.

Thanks @danj . I shall update on the forum once I have another outcome

@ankitchawla - I wish you well, document everything!

Hey. Maybe a shot in the dark, but do you use an external fan or anything under your MBP? I've had the same issue but it only happens when I've used this fan/cooling pad thing underneath it...

I’m having the exact same issue on my machine.

Any updates on this?

Any update on this? It just hit me yesterday…the exact same issue. I also have WIN10 with Bootcamp installed and the image that is burned in/flickering is the WIN10-Desktop (what irony!).

I am having the same issue.. They aren’t realy helping me. Currently they replaced the screen twice, awaiting now for it to happen a 3th time in a month.

Any update on any of this? I’ve just run into this issue as I use bootcamp also. The exact same image is persisting on my screen (the windows lock screen). Mine seems to be getting a little bit better but I’m afraid it’ll come back again. did they end up replacing your machine?

No, they didn’t replace my machine.

They blamed the screen twice and replaced it.

Afterwards I stopped using Bootcamp with a secondary display. Pretty sad, but Apple doesn’t seems to provide a decent solution for this. The lines will indded become less visible over time, it’s like a burn in that fades away over time...

Hey. Maybe a shot in the dark, but do you use an external fan or anything under your MBP? I've had the same issue but it only happens when I've used this fan/cooling pad thing underneath it...

No I never used an external fan.

I used Bootcamp an external display.

thank you for your experiences. Was today with the "almost new" Macbook pro 19 , purchase price 5,300 € directly at the local official repair point of Apple. Tried everything possible. Chip damage or graphics card was excluded. Offer is 1000 € for a new display or nothing. Repair program does not exist for this.

Then I called Apple support today as the next step and described that it is a damage that is very similar to the Flex-Gate. I asked that the display be repaired as a gesture of goodwill, although I am 9 months over the 2 years, but from my point of view, a display should not give up its ghost after such a short time.

Answer from Apple: We take the damage, but I can not give them hope. In two days (Wednesday) I call them back. But they won't like the call. The warranty is over and they have to pay the repair of 1000 €.

Scary for a premium manufacturer, but Apple is probably calling their bluff. Really sad.

Do you have an idea, am apparently not the only one and probably many will

Apple Mac pro 176 inch 2019 only now get this damage. Mine has been opened and closed quite a bit and that should never be a reason to go defective though?

If you guys have any ideas? Repair services say opening and soldering is about as expensive as a new display and not worth it.

Greetings and a little disappointed with Apple customer service.