i own a mbp 17 inch 4,1 and i’m wondering if there is any way to upgrade the screen (using 3rd party parts) to a brighter screen? or atleast one that is bright enough to be used outside or in a sunny location.

I’m surprised we don’t get more of these types of questions!

Lets first look at how a LCD panel works: 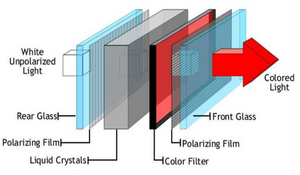 The light source on the far left is what we’ll focus on here.

Your system uses compact florescent lamps - CCFL’s (2) on each side. 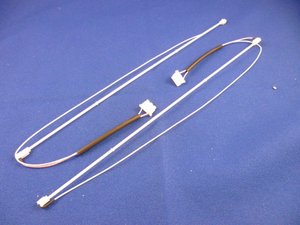 So over time they do loose their brightness as the mercury vapor slowly solidifies on the electrodes. If you’ve ever changed out a florescent lamp tubes you’ll see the ends are dark. Newer LED back lit displays are better! But you still have a problem trying to over come the bright environment when you are outside.

Keep in mind you are only seeing less than half of the light produced by the backlight! The first polarizer filter cuts half of the light away and the second will remove any fringe light that was not fully twisted by the liquid crystal. 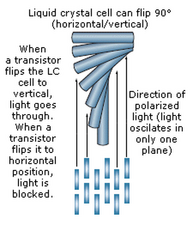 In future generations of displays used in laptops we’ll see a huge change! Instead of a backlight/LCD design we are moving to flat mini & micro LED systems.

If you visit an Apple Store many have seen the huge wall display which is made up of LED modules, if you walk right up to it you can see the discreet LED’s that make up the displays image. These panel displays are 5 year old tech! But it give you an idea on where we are heading.

Here’s the very first micro LED TV introduced just this year: Samsung Micro LED TVs First Look at CES 2019. Rumor has it Apple will be producing a Micro LED MacBook Pro in 2021! I’ll warn you it will be expensive! But, its the only way to overcome the brighhtness of the outdoors like what you can do today with an Apple Watch which uses this technology today!

Sadly, there’s not much you can do here other than replace the CCFL’s if they have lost their brightness they once had (many of this series had them, the custom order and later models had LED backlit displays). This is not an easy fix and finding the right ones are getting difficult as they are no longer being made. Here’s the IFIXIT guide to replace the full LCD panel MacBook Pro 17" Models A1151 A1212 A1229 and A1261 LCD Replacement. But, that won’t make it bright enough to see the screen outside. If you have a iPad or iPhone you’ll still see the LED backlit LCD is not much better.