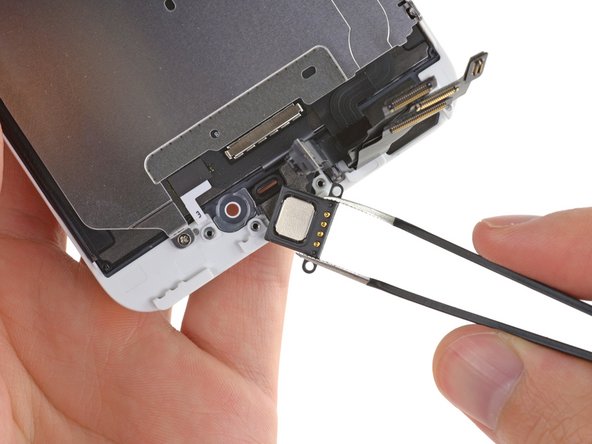 Use this guide to replace the earpiece speaker.

Dropped my iphone and the speaker stopped working.

Expected that it was a connector that was lose.

My son was chewing on my phone and the speaker was real quiet afterwards. I purchased your product above and installed but nothing changed. Not sure what else it could be, don't want to purchase a 100$ display only to have that not fix the issue either. And of course since I've already opened it Apple sent it back to me :D

After dropping my iPhone from the car, the speaker stopped working. Thankfully using this guide I was able to reseat the connector and all was good again. Make sure the four cable are attached properly to the board when reassembling as I had to take the protective covers back off again and reseat them.

Overall I feel confident that I would be able to do it again.

On a separate note I would highly recommend a decent precision set to carry out any repairs on these small devices. The screws are tiny and magnetised tools are a must.

phone worse off, smh, well i did as it said, i even bought all the tools from them that i needed, now my phone stuck on apple logo, did reset holding power and home button, went back in disconnected reconnect display connection and power cycled disconnecting battery connector, and still stuck on apple logo. followed everything, was careful, dont know if i went wrong, or what

UPDATE been 20 min finally went to home screen but charging port not working, tried 3 different usb cords, will keep u updated while i try figure this $@$* out