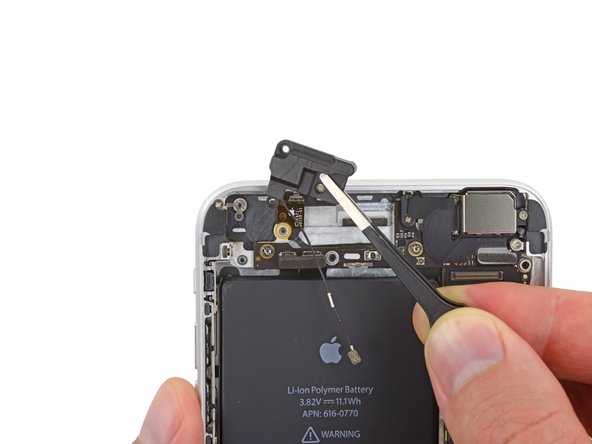 Use this guide to replace the 5GHz Wi-Fi antenna.

My wifi toggle is grayed out and my bluetooth wont turn on. Is this what I need to follow to get it working? I saw there was another part for wifi and bluetooth in the store.

Is it possible to swap wifi/bluetooth antenna from my old iphone 5 to iphone 6 plus?

No. iPhone parts are not interchangeable.

I notice that there are people who believe that this is the celular antenna but is not. This is the Wi-Fi antenna.

What happens when you forget the washer on the top left of the antenna?