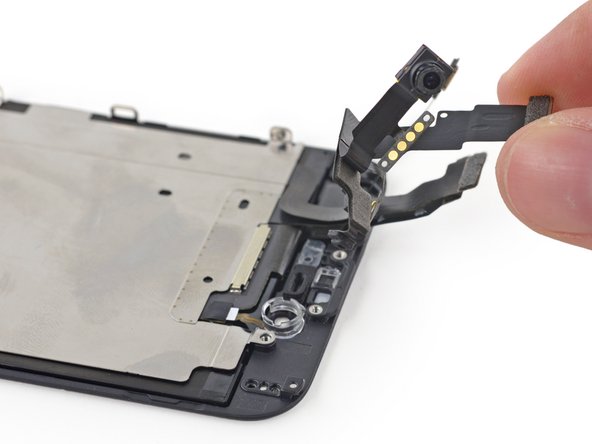 I accidentally ordered the cable for the 6S plus. Would it still function or are they pinned differently?

I did same mistake on a iphone 6 , i ordered the i6S front camera flex, it worked and im starting to believe it improved my camera ! On my iphone 6

It looks better than before!!

We popped a 6s cable into an iPhone 6 to test. Everything fits and the camera does indeed work, although there is no improvement in resolution—the iPhone 6 doesn't seem able to use the extra pixels. We had mixed results with the other components on the cable assembly—the proximity sensor worked, but the ambient light sensor did not. We didn't test the microphone. Your mileage may vary, but I would recommend getting the correct part to avoid any unnecessary headaches. Cheers!