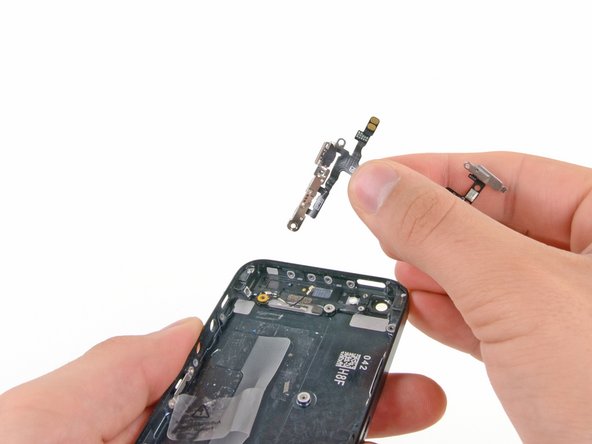 Use this guide to replace the single cable that connects to the ringer switch, power button, and volume buttons.

How to put the mute button bracket from the old cable to the new? I dunno how to hold it firm on the button/flex cable, the 3 pins on the new button seem to be too long, which prevents me from reattaching the metal plate that goes on the bracket. All guides i find just skip that part.

This was pretty easy, as long as you take your time, keep everything very organized, it should not take you any more than an hour... SUCCESS!!!

I have already ordered the part but I need to know HOW to keep about a million screws "organized"? Please share your ideas and how you did it. THANKS A MILLION