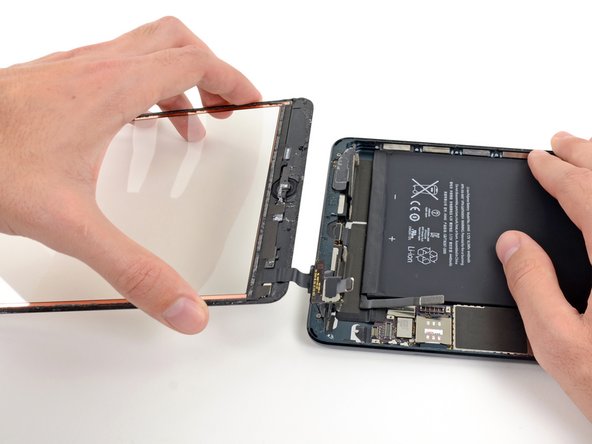 This really isn't that hard of a repair, I struggle more with iphones than an iPad. Just be careful and diligent when you work. Hardest part for me is the stupid adhesive haha

ifixit is forgetting crucial steps in this repair. First off they need to make note of the small magnets on the back of the digitizer which are needed to use the smart cover feature on the ipad. And second they need to make note of the issues people are having with the touch acting up as soon as the digitizer is laid back down. you need to put tape on the contacts of the digitizer so that it does not directly touch the frame. also the iopener burned my microwave, your better off just using a heatgun and guitar picks/spudger.

Hi, I am having the exact issues where the touch is not responding. Where exactly do I need to put tape on the contacts of the digitizer so that it does not directly touch the frame? Can you explain in detail. Thanks.

Either it was updated or you overlooked it. For newcomers, the info implied about is covered in Step 60-63.

Again, ifixit leaves out a VERY important part that will BREAK the LCD if you forget to remove them. The sides of the LCD in the ipad mini has tape on it as well(you can even see the tape in the pictures above in the tutorial). If you do not remove this tape before inserting a tool under the sides of the LCD the LCD will BREAK! You must remove the foam ALL THE WAY AROUND THE LCD and peel back the tape from not only the top (as in the tutorial), but the sides of the LCD as well, holding it to the metal shield behind the LCD. The tape can be replaced, or re attached later, but it HAS to be removed before attempting removal of the LCD itself. I wish I would have known this before digging into the ipad mini. Fix the tutorial PLEASE!