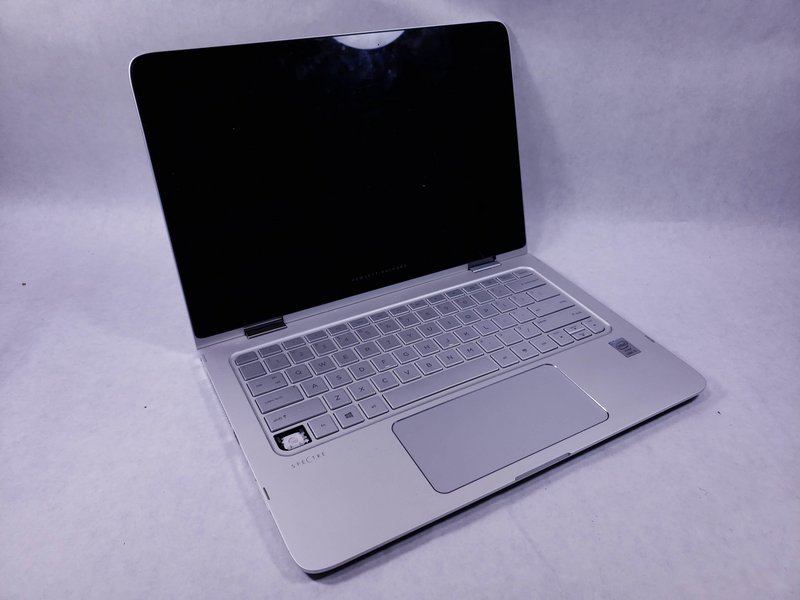 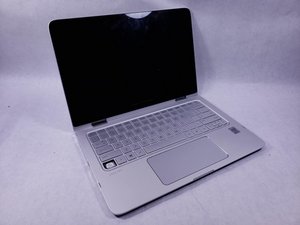 Released in 2015, the HP Spectre is a flagship line of convertible laptops.

The HP Spectre x360 13t-4000 was released in 2015 as the newest flagship laptop in HP’s Spectre line. There were many models released, ranging from 4000 to 4299. These models were equipped with Intel processors, starting at the Intel Core i5-5200U, and working up to the Intel™ Core® i7-6560U. The touchscreen’s display resolutions offered were 1920x1080 or 2560x1440, driven by Intel Integrated HD Graphics 5500. Memory options were 4 or 8 GB, and primary storage ranged from 128 GB to 512 GB. Some notable features that make this device stand out are its flexibility and 2 in 1 features. You can flip the screen over and use the device like a tablet, or pitch it up like a tent for streaming media. You can identify your device’s specific information by checking underneath, where the device’s serial number and model number are printed next to the vent.

The device was innovative for its time with the convertible screen, although it was released with many issues. Some of the most common issues were motherboard failure, boot errors, and freezing.

Here are some resources where you can get more information on the device: