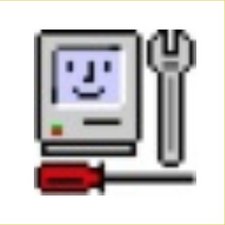 Swap circuit board on HD?

A friend's hard drive quit working, and he's anxious to get the data off it -- without paying DriveSavers' astronomical fees if possible. The disk spins up, clicks once or twice, then spins down. I have another disk of the same model (IBM Travelstar DJSA-220 20GB, it's an ATA drive) that works okay, but SMART Utility says it's failing, so it's been retired. I've read it's sometimes possible to swap the PCB from one drive to another to get a dead drive going, and thought I'd try that. Can anyone speak from experience?

And does anyone know what size Torx screws these are that hold the PCB to the drive? They're smaller than my IFixIt® T-6 driver; they appear to be the same size as on a late-model Hitachi Travelstar SATA drive (IBM sold its drive business to Hitachi back around the time of the transition from ATA to SATA).

If the drives are the same model, you're probably OK switching boards. I would first try wrapping it in a heavy plastic bag and put it in the freezer for a couple of hours then put it in an external enclosure and see if you can get it up one last time.

http://www.hddzone.com/ibmhitachi-pcb-c-... Here you can find some ibm pcb for sale on hddzone.com

In most cases, you should exchange the BIOS chip before you swap hard drive PCB; you can also refer to this article: http://www.hddzone.com/conditions.html

Hope this can help.