The PlayStation 3 (or commonly known as the PS3) is the third home computer entertainment system produced by Sony Computer Entertainment, and the successor to the PlayStation 2. It was released November 11, 2006 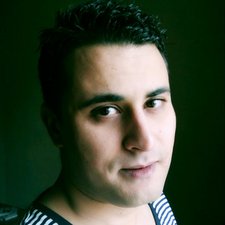 Ps3 not working after sending it to repair?

I opened my ps3 for a routine cleaning, which I do every 2 to 3 years. But this time, I accidentally ripped off the Fan connector on the motherboard. I replaced the thermal paste anyways, and reassembled it back. I turned it on to backup my files and savefiles, but I would only have a 3 minute windows, after which, the console would display a warning message, that it was overheating and therefore was going to shutdown as a preventive measure, which again, is normal considering that the fan was not connected. I monitored the Cpu and You temperature during the process, by pressing Start + Select everytime, it was rising gradually.

Now here's what happened, I sent it for repair, but when I had it back, it wasn't working like before : the fan was connected, but it was messing around. It would max out right away after I boot it, then slow down, then max out again, then slow down and then then turn off, I hear three beeps and there's red blinking. Then when I boot it again, no display, unless I let it sit for a couple minutes.

I wanted to see if it was overheating, but I can't even get to the Xmb sometimes as it would turn off. And I didn't want to open it. I called them, they said it's a Gpu overheating issues, and that there's nothing they can do. How? It never had any overheating issue or whatsoever! But they're trying to pin it on me, saying that I opened it because it was overheating but it was not ; it was a routine cleaning.

Sadly there's nothing you can do about this. They probably f up while removing the board and won't admit it. Dishonest shops are everywhere. You could open your ps3 and look around the fan connector. If it's badly burnt bring it back and show them

We'll, maybe there's some interference with the data wire, which can explain the fan random speed? Or maybe there's an issue with the heat transistor, that makes the ps3 think that there's a GPU overheating! But even if, why don't I get a warning message like before? Why would it turn off right away?

If I get it back, I'll open it myself. Maybe they haven't reassembled it correctly, or maybe they forgot to apply thermal paste or whatever. But before, I'm considering my legal options.