Not sure if software or hardware issue - no issues found with Apple diagnostic test. Here are some screenshots: 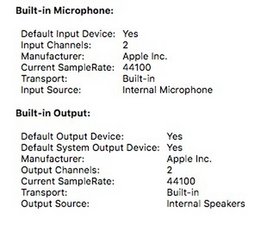 Well as you didn't post any graphic of the input volume setting for the mike, I have to ask if the microphone input level is turned up high enough and/or if there is a mute function on that computer for the microphone? Wouldn't be the first time I've seen that kind of omission. :-)

No sound input even when input volume is maxed. Same with ambient noise reduction on or off. No mute option shown for the internal mic in system prefs or anywhere else I can see.

Been there, done that. Did you open the system and not remove the LVDS bracket thinking it’s optional? That will do it.

It’s best to replace the mic after this error since the wires will never be secure again as there is no tolerance to replace the connectors and you will probably break them if you lift it up for some retention (and ruin the mic). If you can reinstall the wires and keep them in with some confidence it won’t happen again easily, you may be able to rewire the mic and save your money. To do this, it’s best if you have the original Apple tape to reduce the chances of the mic failing without warning again. Eventually it’ll happen again, so if you run into an issue again remember to check the mic first. If you depend on it, replace it so you know it will not be an issue going forward.

Also if you take this to a repair shop please warn them you rewired it to save the mic so they know they need to be careful with the microphone you broke. Don't try and hide it.

Reference this photo for the rewiring: 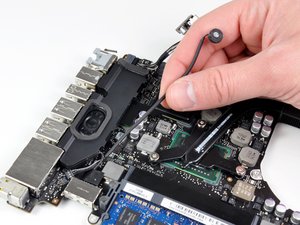 ZT, why do you think the mic input isn’t working? What are the observed symptoms? (May seem like a strange question, but could be important to troubleshooting.)