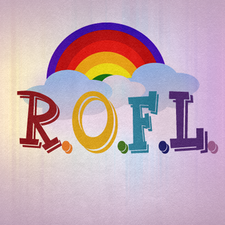 I got a Macbook Pro 2 years ago and last April it started not booting up properly, it just showed an icon of a folder with a question mark and then shutting down. I took it to a repair shop (not on an Apple Store since I was out of warranty already) and they said that the HDD Connector/Cable was broken, and that it needed to be replaced. I didnt replace it yet then because I didnt have the money to replace it. Then my mom took it to another repair shop and they said that the logic board needed to be replaced.

My question is, what really IS the part that needs repair? My Hard Drive was fine when the repair shop I went to booted it on another computer, the only problem that I had was my Macbook Pro not booting up properly and the folder icon popping up. Also, it can still charge, but when I power it on and turn on the Caps Lock, the light for it wont turn on.

Other details that might factor into what went wrong: Spilled some oil into the keyboard a few months in when I got the Macbook, and the left arrow button wont work anymore. But other than that, everything was fine.

Also: I tried every reset that’s possible, and nothing works. The keyboard isn’t responding, but I don’t know if thats because the keyboard is broken, or because the HDD Cable/Logic Board is.

I have seen it where a "shorted" or dead keyboard prevented a MacBook from booting; even using the power pads on the logic board, after the keyboard was unplugged the computer worked perfectly fine.

However, since you know you spilled oil, and some keys aren't working properly, it's safe to assume that the logic board has liquid damage, and I bet it will need either a cleaning which most placed don't do, or a replacement along with a keyboard replacement,

We don’t know what’s the problem, but I’d give it for granted the keyboard needs to be replaced in any case. Try disconnecting it from the logic board, disconnect battery too, plug in the magsafe. If it boots up correctly all the way keyboard/topcase replacement should solve your problem. If it doesn’t you likely have an issue with the logic board that should be removed and properly cleaned to start with, as @Dmak already recommended. Here’s the guide to help you with the work:

Maybe this will help explain things with your hard drive problems: Your Hard Drive Cable Is A Ticking Time Bomb

This is a common issue in the unibody series the newer 13” models seem to have more failures.

The cable fails over time either from the abrasion of the case or because the cable fatigued at the bends as the person who put it in over did the bend by creasing it which damages the the foil wires within it.

Clearly you also have a keyboard issue as well from the oil spill. Some oil are acidic and can corrode the metal parts as well as degrade/melt plastics. As you didn’t tell us what kind of oil I can’t tell you if you need to be aggressive in cleaning it up.