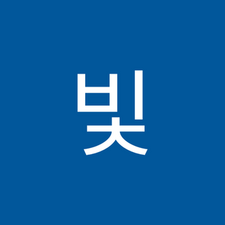 MBP black screen, then back to normal...?

I have an Early 2013 MacBook Pro 15. A few days ago while playing a game, the temperature got so hot my system automatically shut itself down.

I’ve searched the internet and did SMC, PRAM resets. After I did that, when I started the system, I heard the starting sound, but the screen was still black (also, the keyboard and screens backlight and the apple logo on the back did not glow, etc).

So the next day, I took it the the Apple service center, then all of a sudden when the repair guy turned the system on, the Apple logo appeared! But, then screen went black (but I could still hear a slight fan noise). The apply guy told me that the board is likely damaged, and added that it might cost about $800 to fix, which I refused.

Then I came back to my house and turned the system back on, and now it seems like it's just fine (in fact I'm using this to write this post).

Can anyone please explain to me what might be going on? Should I be worried?

The first time the computer shut down, I knew it was hot because I used SMC fan control, and it showed the computer reaching 95C.

The next time I ran the game, I kept it very cool, and the CPU temperature reached 80 degrees before shutting down.

However, nowadays, the computer shuts down even when I’m not typing anything or doing anything (ie not hot at all).

Then one day the computer didn’t even do the chime when I turned it on. So I did two to three consecutive PRAM resets (one reset for some reason doesn’t work), and then it shows the Apple logo and boots up. However, after I type my password, the computer logs in, then for no reason it dies (the fans still run though)

Also, I started getting the message ‘Your Mac restarted due to a problem’ when I turn off the system with the black screen (by holding the power button for a few seconds), then turn it on again.

Also, thank you so much for answering my question!

At this point you need to bring your system to someone who can fix your system. I suspect you did cook your logic board from what you've described. Its also likely as @brycewalter stated the U8900 chip needs attention.

This is beyond what I suspect you are able to fix on your own.

I would monitor the systems thermal sensors and fans using TG Pro.

Running games can be hard on a system, many of the newer games require a proper desktop gaming rig which the MacBook Pro is not!

I would take the time to dust out the system fully and as you’ve already cooked it I would clean off and replace the thermal paste. Both actions should help in lowering the thermal stress your system suffers from.

Yep! Too much for your system!

Many Steam type of games are very CPU & GPU intensive! As you can see in this review your system is not ideal Civilization 6 Mac Review

Even if the machine is not spec'd to handle the game it should not crash if the macbook is working properly - it may run at a low fps and not run well, however - the macbook should be thermal throttling and slowing down if it is at the limit.

A crash indicates a software or hardware problem that needs to be addressed.

@brycewalter - The system here is thermally shutting down not crashing from the OP's description "the temperature got so hot my system automatically shut itself down.".

You do raise a good point on the U8900 chip needing attention but I don't see that as the issue here. Lets get the thermals before going down this path. Ever time I've seen a U8900 failure the thermal load was not at the extreme.

@danj Oh come on, this is classic U8900 behavior. Macbooks do not shut down from overheating unless there is a hardware issue.

First run apple complete diagnostics on your Mac and install battery doctor i prefer coconut battery and check if in diagnostics you receive any kind of hardware issue.

Your 2013 15” Macbook Pro is starting to show symptoms of a common failure mode - the power delivery IC for the graphics card has soldering that is faulty / cracks / wears out over time, causing intermittent graphics issues, until you lose display output entirely.

The good news is it is a well known issue with a simple fix - if you take it to any competent repair shop they can resolve the issue permanently.

Please check out the explanation of the issue here: https://www.macupgrades.co.uk/store/prod...