The Sega Game Gear portable gaming device was released in 1991 in competition with the Nintendo Game Boy. 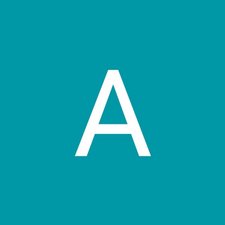 A while back I bought a used GameGear from somewhere. It had major corrosion in the battery compartment (most of the battery terminals were destroyed) and didn't turn on at all when plugging in a power adapter.

So I began by going the classic route when dealing with any old hardware - I replaced all of the electrolytic capacitors (on all boards). There were signs of electrolyte leakage, but I managed to clean all of the residue and no damage was visible. So I tried powering it up again - it didn't work. After nosing around I found out that it's probably the power jack or something near there since applying power directly to the battery terminals (from a bench power supply) did work.

Except not quite... The power LED turns on, the game starts running (pressing the buttons makes game noises), the backlight turns on, the sound is present, ... Except the screen stays black. No pattern or anything. It's just black. After some fiddling around I figured out that spraying contact cleaner into the contrast potentiometer and then turning the thing on and off made thing work occasionally. The screen turned on and I could play the game without any issues. Except that only worked a few times. I can't replicate that anymore. I did measure the contrast potentiometer on pins 1 and 2 and the resistance moves between 0 and 15k without anything weird going on.

After measuring the power supply board I figured out that 35V (I think - can't remember the exact voltage) rail was missing. So I just ordered a replacement board (after all I had a non working power jack as well) hoping that it will solve my issues. It sadly didn't. The screen still isn't working.

Any other ideas on what could be wrong?

Besides cleaning it a good tip to do is to make sure the console is warm. Game Gear's act up if they are exposed to extreme cold.

Well I tried heating it up with a heat gun a bit just to see if it makes any difference. Sadly it didn't. I also tried leaving it turned on for a few minutes. Didn't seem to do anything either. And it's the middle of the summer around here, so it's not really cold in the room either.