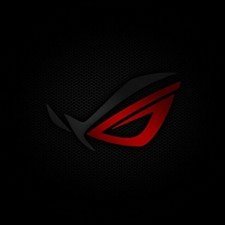 I have been in a dilemma trying to troubleshoot the black screen in my macbook that happened suddenly.

The machine is very lightly used but i don't know what caused it.

When the machine is powered on nothing appears on the display. The keyboard doesn't lit up which says its not going into OS. When i connect to external display fortunately i can see its asking for Password reset. But why Password reset ? I didn't want to reset my password. From the top bar i managed to boot into disk utilities.

There i deleted,erased and broke all my partitions and merged them again. Installed Mac OS High sierra and when it finished downloading from the internet an error appeared "Could not create a preboot volume for APFS install". I tried formatting the drive to MAC OS journaled but it was not happening.

Then i downloaded a copy of high sierra on my windows PC and made a bootable flash drive with Transmac.

i managed to get into disk Utilities pressing Control+Command+p+r+power and from the startup disk on the top bar i selected my flash drive and booted into it.

Now i was able to partition my SSD to MAC OS journaled.

Then the setup started. Everything went on normally. I set up my MAC and finally the OS appeared on the external display.

At this point of time the MAC is still is connected to external display. Now i shut my macbook down. Disconnected it from the HDMI hoping now everything will be normal as OS is installed normally. As soon as i turn on my macbook, there's a chime and black screen...no changes.The installation of new new OS did nothing.

OK fine . Now connected to external display. It should work normally right ? The keyboard should lit up, the login part should come up. If those appeared i would have said its a problem with display. But no again black screen and i am back to zero. Booting to my SSD (Macintosh HD) from disk utilities does nothing and only black screen.

What is the problem guys ? This is bizzare.

Can anyone shed some light into this ?

@naved777 - Just so I get this right... The external display is no longer functioning. Your internal and external displays are now black and the keyboard backlight is not working if you press the F6 key a few times to raise its brightness its still dark in a darkened room.

Out of a Jam Solutions

Have you tried an SMC reset? Also a PRAM reset since the installation of the new OS(command-option-p-r)?

Which application do you use most of the time like, I use iMessage For PC and some time its stuck just because of heavy ram using. And you're black scree automatically will fix up.

I dont think the black screen related to RAM usage is it ?

I did a fresh install of OSX High Sierra but still it won't boot into OS, display starts but black. I can only go into recovery mode and then Disk Utility and boot into the Macinstosh HDD or to a USB Flash drive via startup disk option on the top left corner and all that is via the external display.