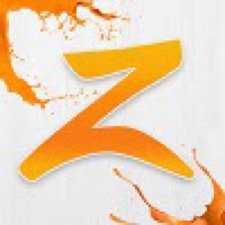 Hey everyone, so here is my problem:

I bought my PS 4 CUH-1216A (the one with the redesigned disk drives) a week back from ebay as faulty (because the disk drive laser wasn't recognizing disks), because I decided to repair the disk drive later on. Yesterday I opened the whole system up to see what were wrong with the disk drive, and (like I suspected) I found tiny cobwebs inside of the disk reader laser mirror assembly. After cleaning those out and reassembling the whole console, it managed to read disks and games just fine.

Now today I noticed how the console does a total of 4 pulling-in and ejecting cycles in the disk drive every time I turn the console on. If I manage to feed the disk in at the starting up portion of the console it would accept and read the disks, after the console booted up though the disk drive would not let me put in new disks. I am pretty sure the disk guard is not currently up and instead the rollers are in the way, but the console wont pull the disk in though.

I opened the console up again and took a look at how the disk drive works, I had noticed a little switch (as seen on the picture) that seems to be pushed in because the slider that keeps the rollers down was pushing against it.

To my knowledge, when a disk is fully inserted, the white lever from the image presses against the slider, which in turn holds the rollers down. When the lever is pushed by a disk, and the slider therefore slides downwards by a bit, the lever switch should in theory be pressed now. When the lever is not pushed by a disk, the slider should remain at the top, and because the white slider has a little groove in it, the switch should not be pushed in when no disk is inside the drive. My theory is that perhaps because that switch is always pushed in (you can also see similar switches on the right side of the pcb on the picture) no matter what position the slider is in, the console always recognizes a disk as currently being inserted, even if there isn't any.

My problem is now that I cannot get the switch to not be pressed when no disk is inserted, and I don't see why that switch would be there if it is there to be always pushed in anyways.

Could that be the problem as to why this happens, or is there any other reason?

UPDATE: I managed to break the little switch that was pushed in all the time by the slider, and now I am deciding whether to replace the smd switch. Sadly I do not know the names of these switches, but again, you can see a reference on the right side of the pcb on the picture.

If all of this just doesnt end up working I will perhaps just buy a new disk drive, but anyways, Im hoping to find help here!

I guess it's a question of how much do you value your time. You could try to replace the switch and the thing still not work, or just write it off and buy a new drive.