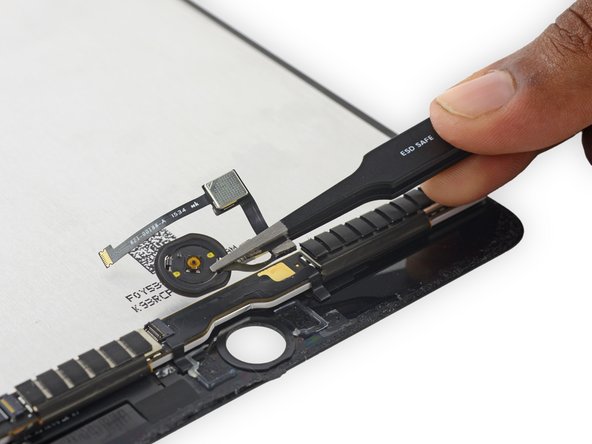 Follow the steps in this guide to replace a faulty home button in an iPad mini 4 Wi-Fi.

Note that the original home button in this device is paired to the logic board, and swapping in a new button will disable Touch ID functionality.

Is the piece of tape connecting the HB cable to the bracket important?

Home Button still does not work after home button transfer and digitizer replacement.

there is a tiny black circle on the actual button underneath the kapton tape. if that isnt properly lined up it will not depress properly. also if the collar isnt perfect the home button will not sit correctly and popout. its a pretty crappy design by apple.

I agree crappy design, i tried realigning button several times, best i got was “sort of works”

It took me several attempts - but I eventually got mine to work perfectly. I had put glue on the bracket - since there was glue on the old one - but that made the gap too wide, so it wasn’t seating the home button right. I also had a replacement that had a slightly bent plug for the touch - so it wasn’t seating properly and the touchscreen was not consistent. I eventually got it all seated (the connector and the home button). Then it worked like a charm. Thanks for the guide.