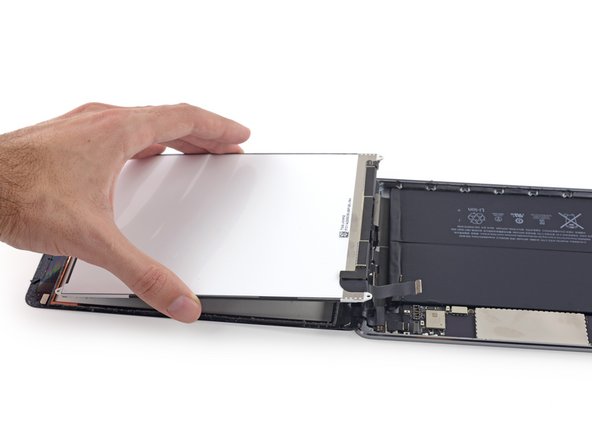 Use this guide to open your iPad Mini 2 LTE and replace the display.

I successfully completed the repair after the second go round. Somehow I must have damaged the LCD the first time I tried to replace my cracked screen. My only suggestion would be to make note of where the two magnets are located so you can put them back.

OK, completed this, and all is working…whew! Props to the author for posting this, and it *does* cover getting the display out pretty thoroughly, BUT, it doesn’t cover a lot of things that you need to know when the whole thing goes back together - just saying “follow in reverse” to re-assemble doesn’t get it: What to do about all the adhesive? alcohol prep pads work well for removing all the gunk. What about the magnets attached to the screen (they come off when you clean up all the adhesive), they need to be placed correctly and held with adhesive.

You need new adhesive strips for this to all go back together well. Digitizer cable needs to be tucked in opposite the direction it naturally folds or the entire display won’t close up correctly. In short, it really takes sourcing three or four other repair videos to get through this correctly. Total process (remove and replace LCD screen) took about 2.5 hours.