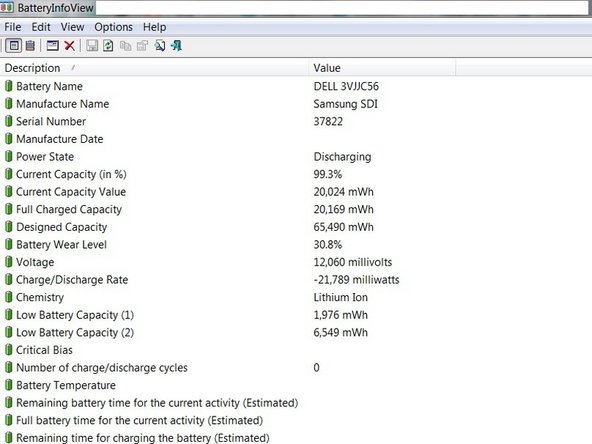 If your laptop battery is older or reporting incorrectly, it may be possible to recalibrate the battery. This can correct the reported capacity or battery gauge to extend the life of the battery.

IMPORTANT: Recalibration only corrects the capacity on worn out batteries. There is no way to reverse the aging process.

For help understanding what calibration is, why it’s important, and how to calibrate batteries in other types of devices, check out the Battery Calibration Wiki.

How to recalibrate the battery

Did not help at all.

I have a Windows tablet, pretty old one - previously it was showing 39% battery wear (it actually was holding for about an hour, battery itself is a bir inflated).

A couple days ago it hard crashed and wear level was reseted to 0%. Now some weird stuff started: turning off when reaching 14% battery charge, screen dimming etc.

Tried this method, and as I said in the beginning - it did not help, still shows 0% wear.

Late response, but some laptops and Windows based tablets (notably HP) always show 0% wear in Batteryinfoview. You need to go into the UEFI diagnostics or use use HP Support Assistant and grab it from the advanced data on HP. If it’s Dell, UEFI SupportAssist (newer systems) or ePSA (legacy).

Nothing to worry about, but another quirk like the EOL capacity reporting response on some Dell batteries. Added a note in the quirks section about this.