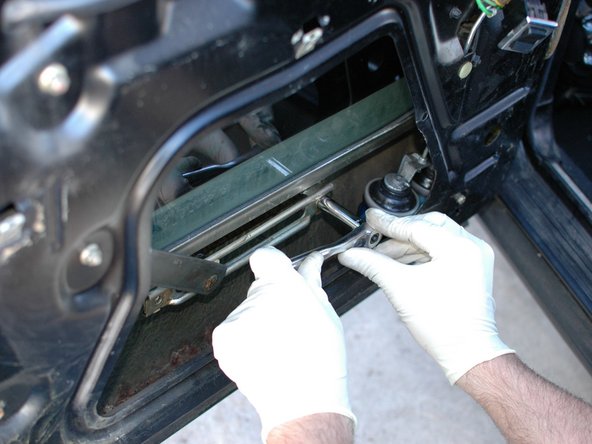 If you have diagnosed your problematic power window operation in your W123 as being caused by the regulator itself, or the regulator motor, the regulator will need to be removed from the door for inspection and testing. The regulators on the rear doors cannot even be seen easily when the panel is removed so it can be puzzling to figure out how they are removed. This guide will show the process for their removal.

This is a great guide. Thanks very much. Sailorman

Great guide... The hardest part is that dang side window rail that goes all the way up. Now I just have to figure out why my motor will only operate clockwise. It's won't go the opposite direction to close the window.

I have used your advice and many tricks on my 1984 300tdt. Your site is wonderful and helped me on most of my repairs. Thank you.

One of them was repair of the rear window regulator. It was bent and did not

operate at all. As per your instructions, I straightened the bent metal parts in a vice and after installation it worked. However, when it closes

the motor does not stop unless I release the button. The motor stops when it reaches the bottom position, even if the button is actuated. Is

there an adjustment that I have to do to accomplish the same when the window closes?

Many thanks for your time. Please email me on: marianoalobo@gmail.com