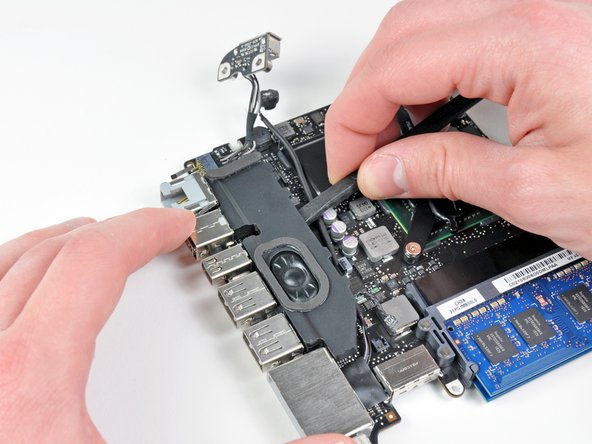 Use this guide to replace a blown-out left speaker.

General - the reason you are reading this guide may well be that you blew you speakers after installing 'Boom' from the App Store.

All I can say is, don't install it a second time!

Others, be warned! If you use Boom, just use it at the lowest volume you can. Looks like they don't replace speakers.

Or better, don't install it at all.

You're right, Boom only enjoyable when using headphone, but it also kill internal speaker especially the mini internal subwoofer

You are right, but in my case it was VLC, I pushed the volume up to 200% and same result happened as you said of Boom, a speaker is blown.. LoL. So, same thing goes here, don't use VLC higher volume than 100%.