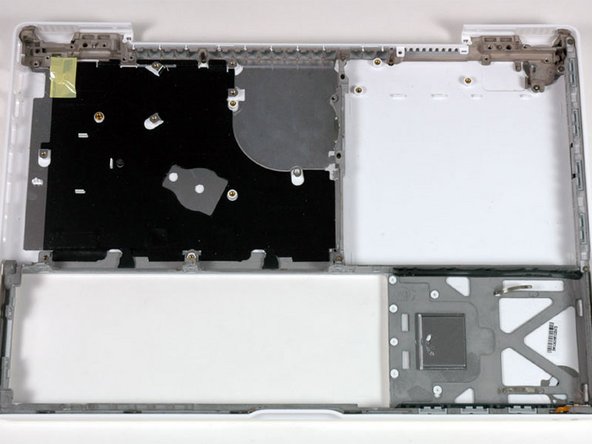 Drop your MacBook and crack the plastic lower case? Use this guide to replace it with a brand new, scratch free part.

These are excellent instructions. To replace just the keyboard/top case will take about 15 minutes.

To replace the bottom case will take about two hours.

In addition to the coin, phillips head screwdriver and spudger, I recommend working on a large towel, and having some scotch tape.

Working on the towel will save you time and aggravation if a screw gets away from you - it won't go very far.

Print out the instructions from the PDF document. As you remove the screws, us a piece of tape to grab the screws, fold over part of the tape to keep them secure, and then tape the screws to the step in the disassembly process.

When you get to the point of reassembly, your parts will be right there at the step as you need them.