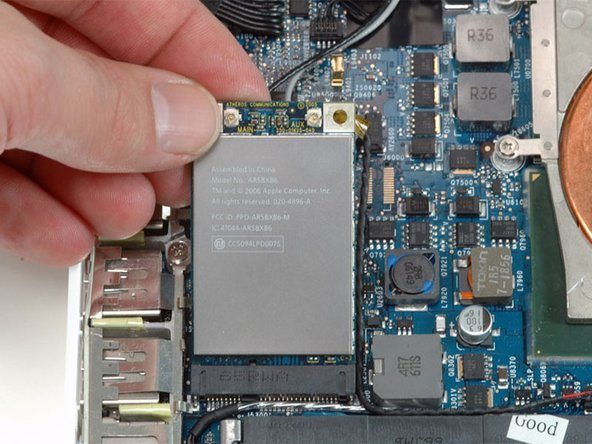 Wi-Fi connectivity not what it used to be? A new AirPort Extreme 802.11g card might alleviate your woes.

You'll have to remove a lot of different sized screws. Be careful to take care of properly placing them while doing the steps - you'll have to put them back the way you took them out. I personally placed them the way the pictures show them.

I did not install an AirPort card However I used the guide to open my MacBook to give it a good cleaning inside. Perfect!

Thank you thank you thank you. A lifelong PC user, with their wife's MacBook ( so lots of pressure not to break it) was able to follow this walk through and make their wife so happy with the improved performance. Thanks for giving me the confidence to tackle other upgrades that can be done on this MacBook!

These instructions were really fantastic. SO easy to follow, and I'm especially glad that there was a video which reinforced the written instructions. Thank you!

do you have any idea for the laptop vostro 1000 how?