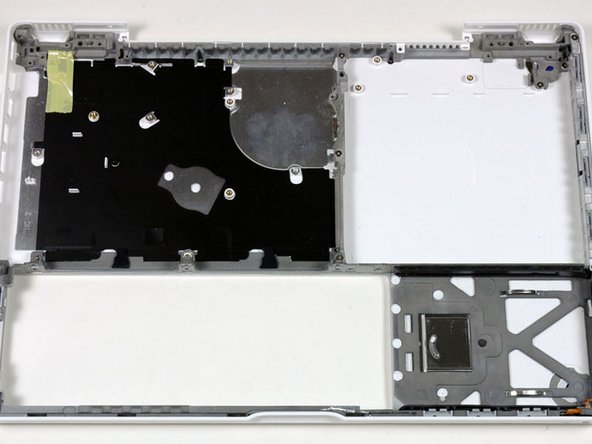 Note that there are three different, non-interchangeable lower cases for the non-Unibody Macbook Core Duo/Core 2 Duo series: the original models, the Santa Rosa/Penryn models, and the Early 2009/Mid 2009 models.  They are non-interchangeable due to different locations for the mounting screw posts for the different heat sinks, the subwoofer, and the right hinge mount.