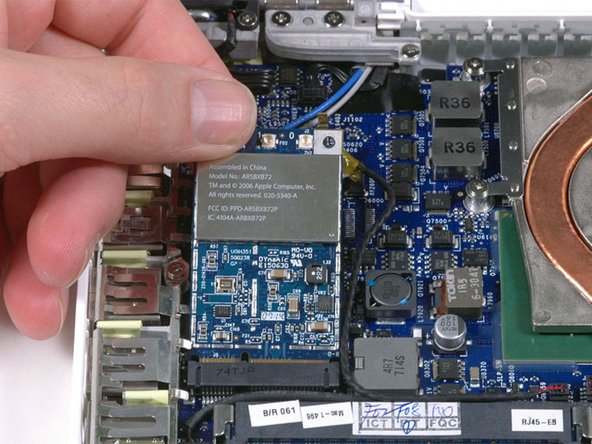 This guide was great but I have the new Unibody MacBook Pro 13-inch, 2.26GHz. Does anyone know how to replace the wireless card in this new type of MacBook? Thanks!

Very good article, I understand and receive more things, waiting for many more articles to come from you. thank you very much quordle