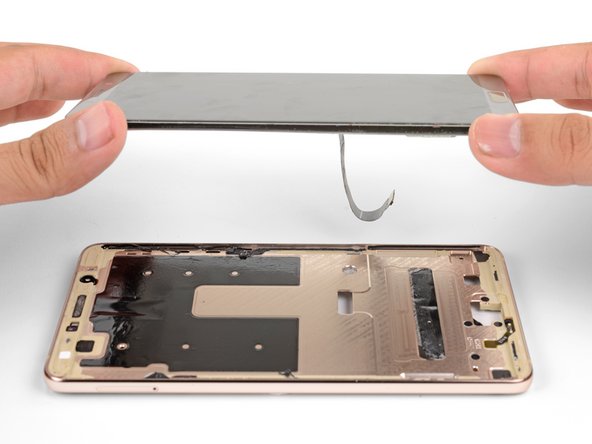 Follow this guide to remove and replace a broken screen for the Mate 10. This guide should be used with the bare screen replacement part that does not come pre-installed on a frame.

Note that the procedure will destructively remove the screen. The Mate 10 uses very strong adhesive to hold the screen in place, making non-invasive removal very difficult without specialty tools.

Gaining access to the screen also requires removing the firmly glued battery. Do not reuse the battery after it has been removed, as doing so is a potential safety hazard. Replace it with a new battery.

If your battery is swollen, take appropriate precautions. For your safety, discharge your battery below 25% before disassembling your phone. This reduces the risk of a dangerous thermal event if the battery is accidentally damaged during the repair.

The back cover held in place with a very strong perimeter adhesive. During removal, the adhesive may rip out parts of the coating from the glass back cover, leaving behind patches of clear glass.