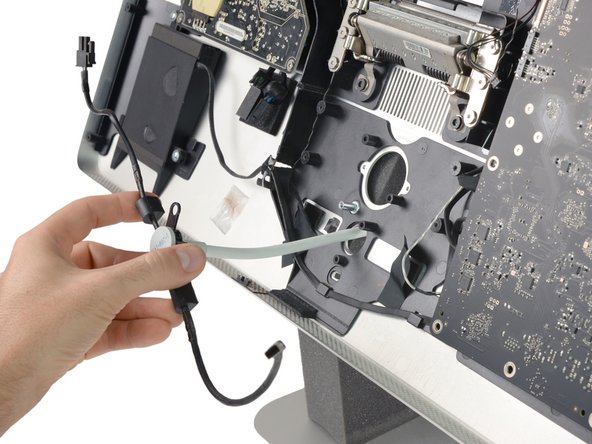 This guide shows you how to replace the all-in-one Display and MagSafe cable of your Apple Thunderbolt Display.

Unbelievable amount of very detailed and careful work to replace a Thunderbolt cable which is attached on the inside to a standard Thunderbolt socket! Why not just have the socket on the back of the unit?????

You can actually use the socket on the back of the unit as an input if your octopus cable is dying, as long as you are connecting directly to a Thunderbolt 1 or 2 Mac. If you are using the Thunderbolt-3-to-Thunderbolt-2 adapter, you have to use the built-in cable.

Nice one Tim! Saves me opening the screen! Thanks!

Me too! I was just about to start dismantling my display when I noticed this tip - I’d even bought some suction cups. Thanks Tim!