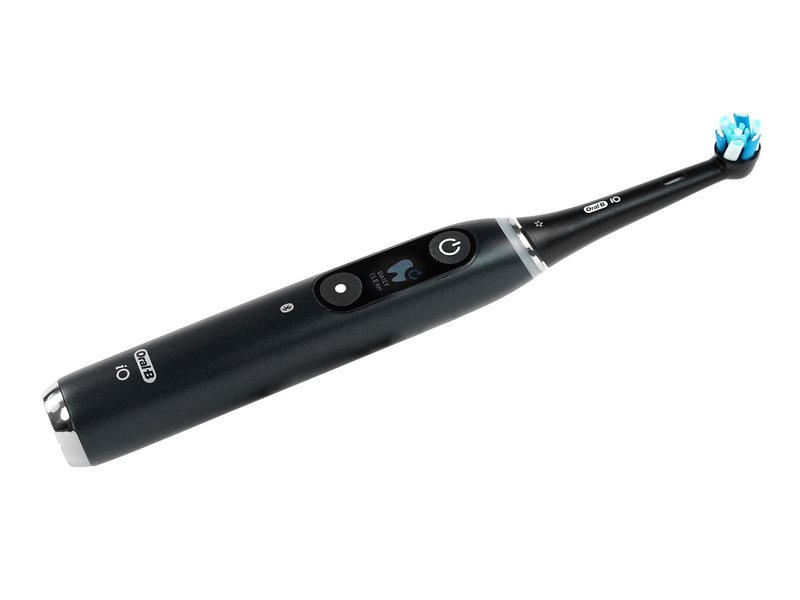 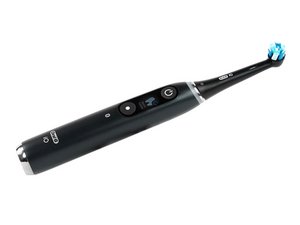 The iO, released in 2020 is an electric toothbrush by Oral-B. It is able to connect to your smartphone via Bluetooth and gives you realtime 3D teeth tracking. Model: Oral-B iO 9

How to open the Oral-B iO

The Braun Oral-B is a smart electric toothbrush which was released in August 2020. It comes with a decent amount of features and in three different versions, the iO 7, 8 and 9 and three different color options, called “black onyx, alabaster white & violet ametrine”.

The iO 9 is equipped with a 740 mAh battery and OralB claims that it runs around two weeks without charging. The toothbrush offers wireless charging and is held on the charging station by a built-in magnet.

The iO runs on a small magnetic driven motor, which generates power as a magnetic axis moves from side to side between two poles. An added counterweight and some springs even out the motion for less vibration. Because of this frictionless motor the OralB iO is about 5 to 10 dB less loud, compared to its competitors.

The iO is able to sync with your phone via Bluetooth and offers realtime 3D teeth tracking within the OralB app. For the OralB iO 9 the App includes 7 different smart modes to brush your teeth and tongue.

The color display of the iO gives you instant performance feedback after brushing your teeth and a pressure sensor indicates too high or good pressure with a red or green light whilst brushing.