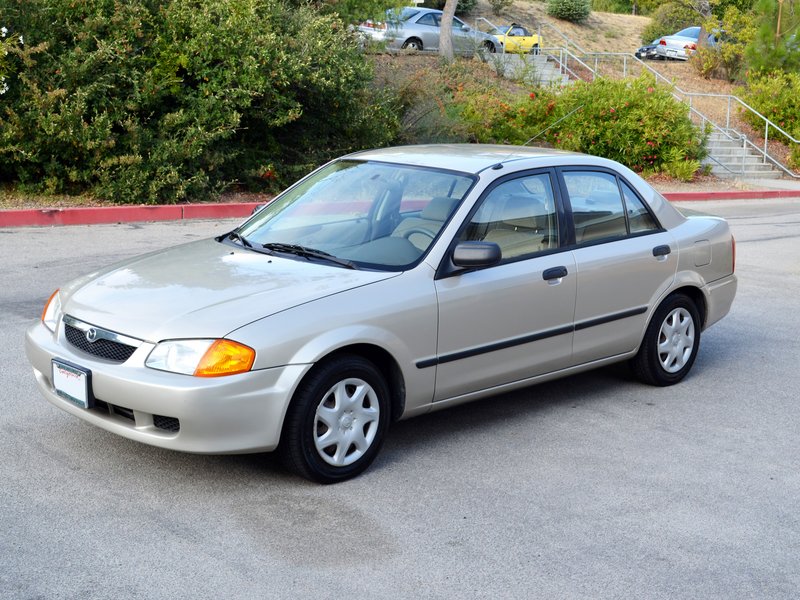 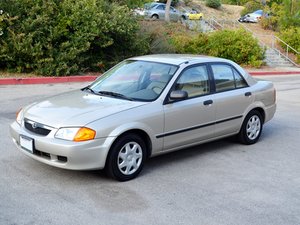 Eighth generation of the Mazda Protege.

The 1998-2003 Mazda Proteges mark the 8th and final generation. The Mazda Protege was marketed under several names including Familia, GLC, 800, 1000, 1200, 1300 and 323 for later models. The car was also re-branded under several different names such as Ford as the Laser, Meteor, Escort, under Mercury as the Tracer and even under Nissan as the Sunny.

The Protege came in several body types including sedan, wagon and hatch back and could be bought with front wheel drive or all wheel drive depending on where the car was being sold. Engine options for this generation ranged from as small as a 1.3 L gasoline engine (the B3-ME SOHC I4) to as large as a 2.0 L turbo charged gasoline engine (the FS-DET DOHC I4). A diesel engine was also available. Transmission options for this car were limited to the standard 4-speed automatic and 5-speed manual.

This particular generation of the Protege saw several changes through out it's lifetime including the addition of several body options, suspension upgrades, audio system upgrades , several face lifts and the addition of the 2.0 L engine option. Model year 2001 saw a limited edition Protege MP3 which featured sport-tuned suspension, 17" wheels, a factory tuned engine that put out 140 HP, a Racing Beat cat-back exhaust, removal of Mazda's VTCS system and a Kenwood sound system. These limited edition Protege's were produced only in blue and yellow.

The eighth generation protege is the last of the model line and was replaced by the Mazda Axela in 2004, although some countries continues to sell this generation Mazda under different names.