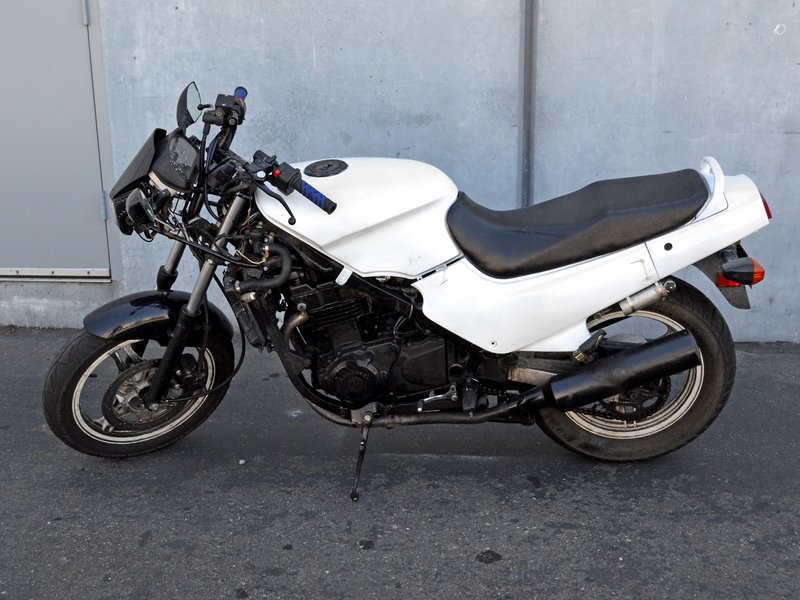 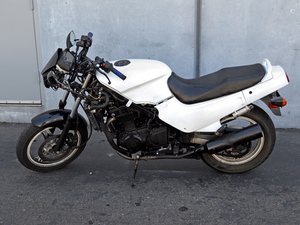 First generation of the Kawasaki Ninja 500.

The first generation of the Kawasaki Ninja 500 was introduced in 1987. The Ninja 500 is known by several names, Ninja 500, EX500, EX500R and GPZ 500. Motorcycles are split into several classifications, with the Ninja being officially placed in the sport-bike class. However, the bike would be more accurately classified as a sport-tourer or standard bike for it's more upright riding position, lower foot pegs and less than aggressive suspension. The Ninja 500 has been called one of the best learner bikes in the motorcycle community for it's ease of handling, relatively low weight, extremely low cost (relative to other bikes on the market) and abundance of parts and mods.

Despite being a low end machine aimed at the budget-minded rider, these bikes also see use on race tracks as a fun and cheap race machine with minimal mods being in suspension and mild body work to meet safety requirements.

Note that the bike pictured is not stock, but a "streetfighter" styled bike. This means it has little to no fairings and has several custom parts/aspects that greatly differ from the original design.