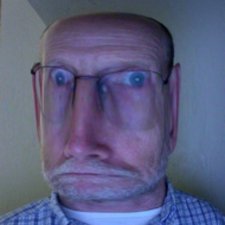 I've tried booting (with power adapter connected) from the internal and a bootable external HD, also a Leopard DVD. In each case, the white light on front of case comes on, it hums a bit, a click or two, then nothing (but the light stays on). Never a startup chime, and the display remains black.

User reports that it worked fine until... it wouldn't start. I've removed the HD, put it in a Voyager enclosure and it mounts to another Mac no problem (but I haven't booted another machine from it). I suspect some sort of power issue, but basically don't know what to try next, and am looking for suggestions.

The number of, flashing lights/beeps can indicate potential problems, so can booting to the Hardware Test Disk. Pull all the RAM you should get RAM failure beeps... if you don't I'd think logic board issues. Also look at some of the Answers from the Tags on the right.

''If this answer was helpful please remember to return an mark it Accepted.