Why is my iPhone randomly restarting

Hi,
I want to share with you a weird issue. My iPhone was restarting every 3 mins so I bought a genuine battery and thought the problem was gone. However, I got rid of 3mins restarts, but now the phone restarts less often, mostly unpredictably. I can not trigger the restart in any way. I transferred the logic board into another fully functional iPhone to test everything else ( I suspected charging flex and the power flex most). Nothing changed. The log is basically the same - tons of thermalmonitord errors type 309 Missing sensor(s) TP1A TP3R TP4H TP0Z or panic-full bug type 210. In rare cases, I also obtained AppleTristar2  could not find system ID: bad IPC message.

So I conclude the logic board has been damaged by the previous non-genuine battery and the Tristar chip needs to be changed. Is that a correct diagnosis?

On the contrary, when I unplug the battery and force the phone to quickly switch power from battery to charger, the phone manages quite well, it does not turn off which suggests the Tristar chip should be ok. Also, the phone does not exhibit typical symptoms such fake charging, jumping %battery or high power drain. There are zero problems with charging, when I plug in the lightning cable, it always charges properly, when I turn the phone off with cable attached it also charges properly while off.

Also, the logic board is not water damaged and I was very careful during dis/assembling the phone. There are no missing caps/Rs/filters that may explain these kind of issues. I closely compared this logic board with the one from the fully working iPhone.
So my second guess would be something like bad grounding, short circuit somewhere in the logic board?

What would you do to repair the phone? What are the TP1A TP3R TP4H TP0Z sensors? Why are the restarts so unpredictable?
Thanks for any help 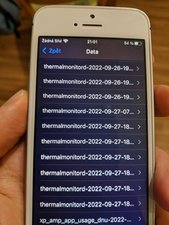 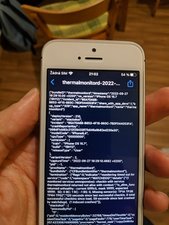 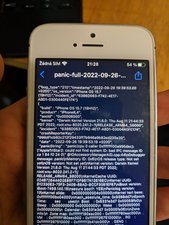 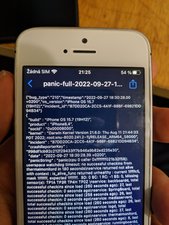 Well. This sounds like a board level issue for sure.

TP1A is the thermistor (thermal resistor, these are often used for temperature monitoring in electronics) for the rear camera. I am not 100% sure of the others. But I have some speculations based on the schematic. There are 3 other thermistors which are present on the board. One for the “Forehead” which is typically the front facing camera assembly. One for the “Radio” which is related to one of the cellular function chips. And one for the CPU. I am on my iPad so no access to board views. But according to the schematic, all these lines connect into the Power Management chip.

They also all connect to electrical ground on their return line. So I’m wondering if there’s a short to ground somewhere in this net. Pictures of the board itself might be helpful, but I know the vast majority of this board is covered in shields, so it can be hard to get a good look at anything. I will have a look at the boardview for this when I get home. 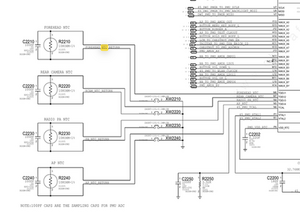 Thanks Alisha, I'll check the board. If you find some time, the board view would be very helpful :) Thanks

@sojkaware I actually have been doing a little expirimenting the an iPhone SE I have sitting around but it's good shape and I am loathe to take shields off for the sake of science. But I might just do it anyways (to help identify which sensor is which because I also want to know).

You can find the boardview in Phoneboard (https://phoneboard.co/), which is available for free on Windows and Linux. the macOS version appears to require a Patreon membership.

Thanks a lot, I have just installed Phoneboard. It's so cool!