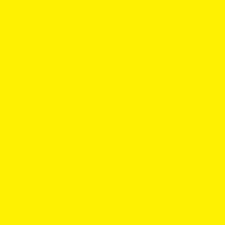 I replaced the back glass on an XS Max and now:

I don't have the phone with me, so I'm just looking for help to trouble shoot possible causes and fixes. Any and all help is appreciated!

FYI: I'm a beginner, so keep this in mind.

More than likely in the process of getting the out back glass off, especially if it was rather damaged, some of the flex cables which run along the back housing or in the sides of the phone may have been damaged.

On the XS Max, volume up and down run through the same flex cable as the wireless charger and are quite exposed from the back if you were trying to pick out broken bits of glass, it is quite easy to nick them, There may also have been some small bits of glass just stuck in there anyways. I would just open the phone up and double check the buttons don't have any glass debris stuck in them. Otherwise, I would assume some small amount of damage to this flex. It can be replaced, but it's a bit of work, and requires soldering if you do not replace the charging coil and the flex as a pre-atteched assembly.

Sounds like there may also be something amiss with the cable to the receiver speaker/front mic. Or Audio in general. This may take a bit more digging. iPhones in general have 2 speakers and 3 microphones. You mayhave to do some troubleshooting to figure out which ones are affected. I would double check all your cable connections that were unplugged from the board. And check various audio functions. See if microphone works for other functions - Siri, voice memos, recording a video, etc.... this will give you a better idea of what the issue might be since different mics are used for all of those.

You teared up volume flat. Change it.