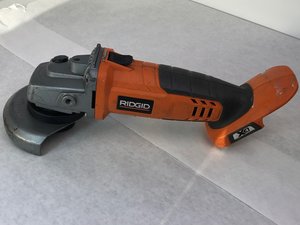 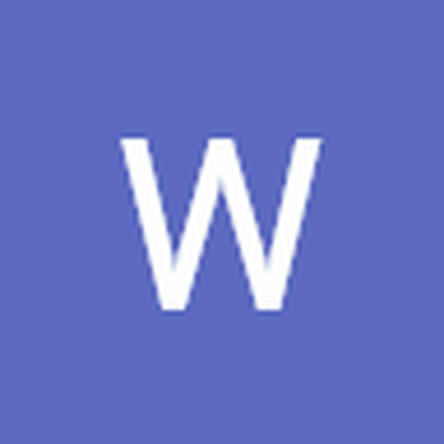 Switch terminal failed, is there a way to unpot and fix it?

The potted aluminum "terminal" from the switch assembly of my grinder isn’t passing through the black wire’s conductivity. Is there anyway to unpot it, or if the components on the inside are well-known, so that I could repair it without unpotting it, such as bypassing it entirely with a jumper wire? Looks like it has some thin lines coming off of it to run a little LED light, so I wonder if that’s its only role.

Edit for clarity: The part number of the potted aluminum block(Plus the trigger and battery connector) is “202582001“ from the General Assembly Diagram on the page for the tool.

Weeve Ferrelaine explain this "The potted aluminum "terminal" from the switch assembly of my grinder isn’t passing through the black wire’s conductivity. " a bit more in detail. what are you referring to with the "potted aluminum"? Let us know what exactly happens to your angle grinder. You can even post images with your QUESTION to explain this a bit better.

@oldturkey03 I updated the Question to include the part number. I tried a jumper wire, and it's working now, but still not sure if I'm missing capacitance, or other circuitry that may be crucial.

Weeve Ferrelaine okay you are trying to bypass the switch assembly. If it is the switch than you just have to place a wire across the two terminals connecting the red wires together. 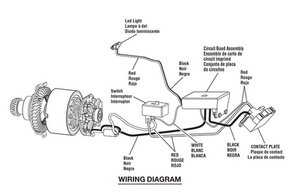 Close, but it's the Circuit Board Assembly, that's not letting through power on the black wire. I did bypass that whole circuit board, and the tool appears to work now, but I'm unsure if I am missing out on any useful components, like a capacitor for soft start.

Weeve Ferrelaine no since the cap is still there and not controlled by the box. Can you open it up and post some pictures of what is in it (with your QUESTION). Adding images to an existing question