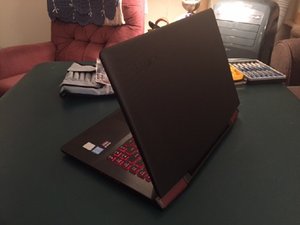 Repair information and troubleshooting for the Lenovo Y700 gaming laptop with a 14 inch screen. This laptop was made in 2015 as part of the IdeaPad Y series and has since been discontinued. 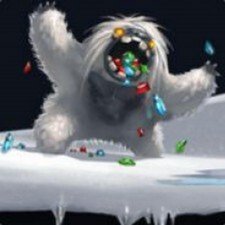 Laptop will not power on with battery connected.

I got it from a friend after helping them build their PC. It was running extremely slow. I reinstalled windows, which somewhat improved the performance. I followed up by opening the laptop and thoroughly dusting it, and reapplying thermal paste to the CPU and GPU, as the old paste dried solid.

While it was open I decided to exchange the 1TB 5400RPM hard drive for a 1TB SSD, to further improve performance. When installing windows to the new drive the laptop died. I accidentally unplugged the cord. I knew the battery was dying, but it took less than 30 minutes to discharge so I ordered a replacement. Now the laptop will no longer boot while either battery is connected, but will boot while the battery is disconnected and running from wall power.

The battery indicator light is solid white when it's plugged in while the battery is connected, indicating the laptop is charging.

I suppose there might be a few reasons for this anomaly.

You could get another battery or find another identical computer to try the batteries in.

Otherwise, I don’t know of any other troubleshooting procedure for this.

If you could get it to boot, you could run powercfg /batteryreport in a cmd or powershell window.

I have a digital multimeter, but I can't find any information on which pins on the battery should be measured.