Previous owner said that there was probably an issue with graphic card due to small lines on the screen. So I opened it up, added a new HDD because it was removed and cleaned all the dust that was making the System running like an aircraft with fan at 100% Now it’s silent as my phone. After all that, i just reassembled everything and did a fresh install of Mac OS-X El Capitan. But after that, the computer is now crashing and freezing when I move the mouse. CPU is at 20 % something like that but it makes weird lines and sometimes fan are running super fast without reason. Here are some photos. Thanks for help 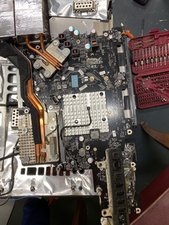 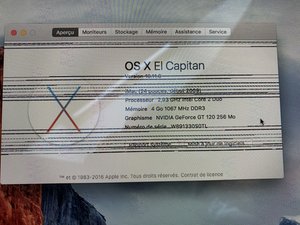 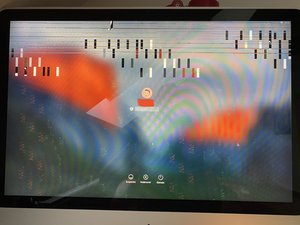 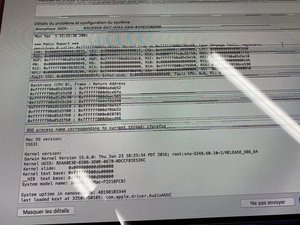 Sadly, your GPU board needs attention and it may need to be replaced to get this system running.

Review this guide iMac Intel 24" EMC 2267 Graphics Card Replacement Jump down to Step 10 as you appear to have already taken the logic board fully out.

With the GPU board fully removed you should be able to remove the heat sink so you can clean off the old thermal paste and apply fresh paste. See if that helps other wise you’ll need to get a new GPU board for your system

Gpu are super expensive for a 12 year old mac. Thought it was something like 20 € ?. I will replace the paste. Is a bake of the gpu useful ? Thanks

Baking really isn't fixing anything all you are doing is reviving the tantalum capacitors that are failing which often will work for a short while if you are lucky if you don't damage it in the process.

Yep! GPU's aren't cheap ;-{ But you knew that was a strong possibility when you bought the system, right?

Ok so i replaced thermal paste after cooking it at 200 celsius for 10 minutes but same problem. What is the cheapest gpu i can buy fir this Mac please ?

I posted the needed part in my answer above. Both AMD & NVIDIA have long since stopped producing these. You'll need to look on the web to see what is available using the part numbers I posted. Apple has custom firmware so while you might find a Dell or Acer MXM board the firmware would need to be flashed which adds a step and deeper skills.

not a MAC expert, but fans are normally temp controlled and the problem appears like a graphic card issue, so I would look for a device that is getting too hot to handle.