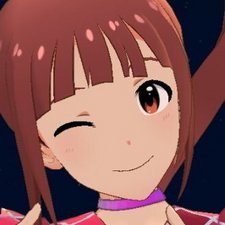 White screen, not detected by anything

I’ve already asked this but the responses were practically useless (how am I supposed to put a device that can’t go into DFU mode, into DFU mode?), so I just made another question.

I have an old iPod Touch that I dug out of the drawer. Plugged it in into the charger and after about 15 seconds the thing came up with just a white screen. It stays for about 5 seconds and turns off, but you can get the screen to come back on if you press the power/home button (as if it was at the lock screen). There are no sounds however, e.g the old pre-iOS 7 charging sound is not there.

I can’t get it into DFU mode, as I mentioned. I’ve heard fixes about replacing the screen but I’ve never replaced the screen or done anything at all to the thing. iTunes/Finder doesn’t recognize it aswell. The charger port obviously works since there would be no other way the device would’ve turned on in the first place.

I even tried connecting it to a monitor (with the 30pin to VGA adapter) and all I got were a bunch of gray lines. No idea how that would help.

At this point I can’t describe the issue any further so it would really help if any solutions are given below. I’ll try to respond as quickly as I can.