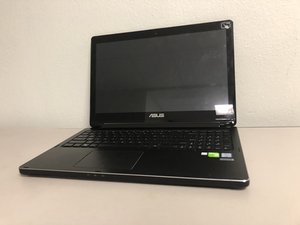 This laptop was created by Asus and is a two-in-one touch screen notebook. 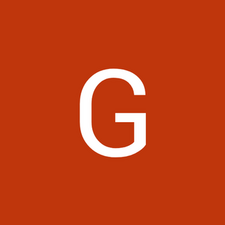 The laptop fell on it’s left side with the power cable attached, which damaged the input jack. The 19V input pin even broke the solder pad on the top side of the board, the opposite side from the CPU and other components. I replaced the DC jack and was able to solder the 19V pin on the component side, but the battery still won’t charge. I think if I add a small wire from the 19V pin to the correct location on the top side it should work. I can’t tell though where to connect the other end of the wire. Where on the board does the 19V input signal actually go?

When you plug the charger in, does the charger light come on? That light usually signifies that the 19V from the power adapter is making it onto the board. On most laptop motherboards, the 19.5 V dc input from the charger is conditioned by a couple of MOSFET’s then that power is distributed to various other MOSFET/power supplies on the board via a power rail (that can have multiple tracks) to drop the voltage down to various other voltages, you’ll find 3.3V normally on one side of the power switch (or on one of the pins for the power switch connector). You’ll also find 1.35 or 1.5 V (or thereabouts) for RAM, 5V for USB ports, and a few others around a volt for the CPU, GPU. Most of these power supplies located around the motherboard have an inductor that goes between the power supply and the chip/device they are driving, so that is a good place to measure the output voltage for the individual power supply- the same DC voltage will be found on either side of the inductor (usually labelled starting with an “L” on the board). On one side of a power supply mosfet you might find the 19.5V present, then on the output (where the inductor is) you’ll find the voltage of the device it is feeding. The 19V & 3.3V signals should be found as long as the charger is plugged in. Many of the other voltages might only be present when the motherboard is powered on. When you hit the power button, there is a string of events that occurs that turns on these other power supplies and puts power to various items. This is controlled by something called the Super IO chip. If a proper voltage isn’t detected the power up fails and the laptop doesn’t start, and the power light shuts off. Many failed motherboards just have a shorted out capacitor (which in many cases can just be removed), or failed mosfet somewhere that can be removed/replaced/(or sometimes even shorted) to make the board work again. Other common problems may be open fuses (usually identified by “F” on the board), failed Zener diodes and other items. If you do find an open fuse, or bad diode it usually has burned because something else has failed.

Knowing all of the above, you should be looking for the main 19v (conditioning) power supply. Without looking at the specific schematic for your motherboard, it most likely looks like this: Two 8 pin N channel mosfets, side by side or close to each other, with one or two larger inductors nearby (beside them). These mosfets are usually located (but not always) near the power input jack. The inductor(s) will normally be connected to the output of the second mosfet. The input of the first mosfet is usually connected to the power in from the adapter. If they are N Channel mosfets you’ll see 4 pins on one side of the mosfet that are all actually connected to the same track on the board (this is the drain, the other 4 pins on the other side you’ll see 3 pins connected to the same track (the source), and another single pin connected to a track by itself (the gate). If you run your power input from the jack to the 4 pins on the first mosfet (the one that doesn’t have an inductor) that would likely be the best place to connect if your input trace is broken. Since those four pins are all common, you can put a glob of solder down and connect your wire there. With an ohmmeter, and if you can still put a probe on the broken input trace, you should measure near 0 ohms between that trace and the 4 pins connected together on the first mosfet.