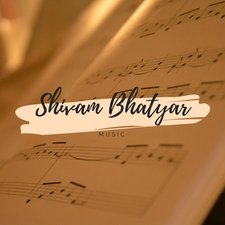 iPad going off by itself after hard reset

I dropped my iPad a while ago, which resulted in the screen going black. I took it to the Genius bar and they said nothing can be done about it. So I searched the internet and found some possible solutions:

After giving it a few more tries, the iPad randomly boots up sometimes when I hold the home and lock buttons and goes off after a few minutes or even seconds. Once it went off while I was playing a video tho and I was still able to hear the audio after the screen went black. Also, it shows up as a device on my pc. This makes me think something is wrong with the display. After the screen goes off, I can only boot it up by holding home and lock screen button and not by just the lock screen button.

I'd really appreciate some suggestions on how to be able to fix it.

Unfortunately software will not fix physical damage caused by dropping it.

If this is a screen issue u would need to replace the screen or at the very least take it apart or have it taken apart and the flex cables for the screen to be checked and pushed in firmly, the screens on the air 2 are more expensive unfortunately. As it's one unit with digitizer and LCD.

The old trick of banging it or tapping it on it's back on the left hand side was for the iPad 2 which had a wired connector on that side since them they have a flex which is a bit better which doesn't suffer the same issues.

Heres a guide on the iPad air 2 screen

Thank you for your answer! There's some updates

Now the ipad is booting up correctly. Surprisingly hitting its back did work, kinda. If I keep it Locked it stays on for the whole day. But if you use it, the screen again goes away after like 15-20 mins and I can again hard reset it and it would work for 15-20 mins and so on. I can see that it's not a software issue now as updating and restoring didn't help. My question now is, what do you think might be the issue with? The screen? Logic board? Battery? Because I've no idea.

The iPad shows up on the pc and I can even cast it to pc even after the screen goes black i.e. I'm able to view the screen on pc when it goes black. As usual, the apple store geniuses can't do anything. I'd appreciate some help.

If a system update and restore doesn’t fix it, I would try replacing LCD. If that doesnt restore funtionality, its probably motherboard damage.

Is there a way to update and restore it without it having to boot up?

I found a way to update and restore. Still the same problem. How do I get the LCD replaced?